The ideas and lessons of the Paris Commune are immortal!

“Working men’s Paris, with its Commune, will be forever celebrated as the glorious harbinger of a new society.” Marx [1]

French society in the nineteenth century, like other capitalist societies, witnessed the struggle between social classes, with the characteristic that the working class in France played a leading and active role in the battles of the working class, as compared with other chained brothers and sisters in other countries. During the revolution of June, French workers played an active role in opposing the bourgeoisie. The failure of the revolution led to a brutal attack by the bourgeoisie on the early gains of the workers. Anti-worker laws were revived and civil liberties were limited.

In this context the military adventurism of Louis Bonaparte and his subsequent defeat in the French – Prussian war had made the living conditions for the masses more desperate. The French bourgeoisie was on the eve of surrender and signing the armistice. In the circumstances of social chaos, on the one hand hunger and insecurity would crush the working masses under its grip and on the other hand the army of Bismarck was stationed at the gates of Paris.

The National Guard, formed of the lower strata of society, was responsible for defending the town. Due to the situation, workers joined the National Guard in order to escape hunger and seeking a piece of bread. As a result the composition of the National Guard was changed and the majority of it was made up of workers. The French bourgeoisie tried to consider this change as the Paris workers’ expression of patriotism against the Prussian invaders, but soon the defense of Paris became a struggle between the two main classes of the society, namely the proletariat and the bourgeoisie.

From the very beginning of 1871, an atmosphere of pitched battle had developed in Paris between the main classes of society. With the coming of February the intensity of the battle not only increased but also the war atmosphere became more acute. The French bourgeoisie and the Prussian army tried to break down the protests of the workers and take control of the situation but every day the workers protested against their living conditions.

With the coming of March, a dual power was dominant in Paris. This was not acceptable to the bourgeoisie, who tried every possible means and used every trick in the book to crush the power of the workers. The French bourgeoisie paved the way for Bismarck’s military invasion of Paris. This issue caused a reaction on the part of the National Guard. By massacring the most progressive part of the working class, the bourgeoisie tried to actually separate it from its body. Conspiracies and plots were applied one after another, without success. Finally, the French government signed a military alliance with the Prussian invading army. The French bourgeoisie announced that cannons and other weapons were the property of the government and must be delivered to the government. In other words, the bourgeoisie ordered the disarmament of armed workers in the National Guard. The Parisian proletariat rose with all its power to defend itself. Two social classes, wage slaves and the French bourgeoisie were pitched against each other. Class against class and the trumpet of the class war sounded on the 18th of March, 1871.

On the 18th of March, 1871, armed Parisian workers, carrying red flags and crying the slogan “Long live the Commune!” stressed the importance of hoisting the Red Flag over Paris, and claimed “the old world writhed in convulsions of rage at the sight of the Red Flag”. Communards rose up to destroy wage slavery and to set up a new world. Capitalism, in its cradle of civilization, was under the attack of the proletariat. The bourgeois, who until the day before had relied on their God-given powers, were on the run like miserable creatures in their luxurious coaches. After a bloody battle, the Communards heroically pulled down the capitalist system in Paris and began to set up a new system. 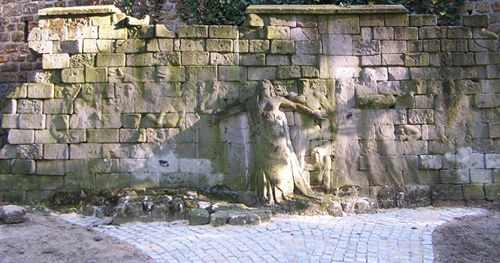 As the height of abasement, the French bourgeoisie tried to make the communards bleed, but they were proud to welcome death and gave their lives proudly for their cause and aspirations. Stories of the heroic deaths of the communards can not be described, in this short opportunity; we will look at a few examples:

“And how they died! In the Rue Crozatier an artilleryman of the army, gone over to the people on the 18th March, was surrounded. ‘We are going to shoot you,’ cried the soldiers. He, shrugging his shoulders, answered, ‘We can only die once!’ Farther on an old man was struggling; the officer by a refinement of cruelty wanted to shoot him upon a heap of filth. ‘I fought bravely,’ said the old man; ‘I have the right not to die in the mire.’

Indeed they died well everywhere. That same day Millière, arrested on the left bank of the Seine, was taken to Cissey’s staff…‘The general had ordered that he was to be shot at the Panthéon, on his knees, to ask pardon of society for all the ill he had done. He refused to be shot kneeling. I said to him, “It is the order; you will be shot on your knees, and not otherwise.” He played a little comedy, opening his coat, and baring his breast before the firing party. I said to him, “You are acting; you want them to say how you died; die quietly, that will be the best.” “I am free in my own interest and for the sake of my Cause to do as I like.” “So be it; kneel down.” Then he said to me, “I will only do so if you force me down by two men.” I had him forced on his knees, and then his execution was proceeded with. He cried, “Vive l’humanité!” He was about to cry something else when he fell dead.’”[2]

With the spilling of the blood of the Commune of Paris, the French proletariat, once the vanguard of the world proletariat, suffered a heavy defeat. It took about a hundred years for the French proletariat to again play the leading role. In May 1968 the sleeping giant was shaken and once again the streets of Paris sounded under the full strength of the feet of the workers, again the World’s eye was directed towards Paris and the proletariat of France, with a militant spirit, gave a new horizon to the class struggle on a world scale.

The Commune of Paris occurred in a situation where capitalism was still in its period of development, and had not yet entered the period of its decline. In other words, the Commune of Paris occurred in historic conditions where the capitalism was still able to develop its productive forces in a progressive way and the material conditions were not yet ready for world revolution, the proletariat was still in its infancy. With the outbreak of World War I and with the entry of capitalism into its period of decadence, the era of the communist revolution began. The valuable experience of the Commune of Paris revealed that, on the one hand, the working class is the only class which, through its world revolution, challenges the bourgeois world and, on the other hand, the working class cannot liberate itself unless it liberates the whole of humanity from the sinkhole and dirt of capitalism. The Communist Revolution is not only possible but it is also a vital necessity for the survival of the human race.

[1] The Civil War in France

[2] History of the Paris Commune of 1871 by Lissagaray, Chapter XXXI