Against the xenophobic attacks of the bourgeoisie we should rise up to defend our class brothers and sisters! 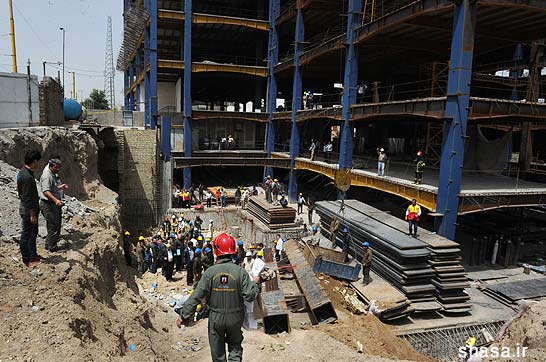 A new wave of dirty campaigns and anti-foreign attacks has been launched against a part of the working class. All capitalist institutions, from the legislature institution to the capitals’ keeper the police, from the media to the ideologues of capital, try to divert the dissatisfaction resulting from the capitalist crisis towards “foreigners”; to divert eyes from the root of all problems and misery namely the capitalist system.

This issue is not unique to Islamic bourgeoisie and obviously it can be observed anywhere on the globe, particularly in Western Europe and North America.

Xenophobia is part of the superstructure of class society that, with the formation of national states and nations that is a product of the growth of capitalism, which has been followed by national pride, has assumed a paradox formation. In the periods when the bourgeoisie need a cheap labour force it tries to adjust this issue but in the periods when the capital is floundering in its crisis, it tries to present immigrant workers as a part of the reason for the crisis of capitalism.

The criminal Islamic bourgeoisie arranged an organized program to dismiss this part of the working class, or at least parts of it. The Islamic bourgeoisie first prepared the public opinion for such infamous work, resorting to the tricks of the Western bourgeoisie and claiming that the cause of the rise in unemployment is the existence of the foreign workers, and not the barbaric capitalist system. This then provided an excuse for their barbaric behaviour. It was in such a context that Rahimi first vice-president, said: “Great powers have been imposed on us: three million Afghans guests. If these numbers of Afghans were not Afghan, the national unemployment rate will be zero.”[2]

Where in the upside-down world of capitalism is the unemployment rate zero, that Islamic gangsters want, through the dismissal of a part of working class in the bankrupt economy of the periphery capitalist system, to lower it to zero. Of course such sickening action is only for internal use, and is for the diversion of public opinion. In such circumstances, Mohammad Hasan Salehi, the General Director General of the Ministry of Labour and Social employment of foreign nationals, in the event of the Labour Inspection Convention with the heads of departments and experts, the creator of human blessings, accused those who provide the welfare of society of endangering the national economy and said:

“A million and 300 thousand job opportunities are available to foreign nationals, of whom only a thousand have a work permit. This means jeopardizing the national economy.” [3]

The national economy (periphery capitalist economy), not by workers but rather by the capitalist decadence, has been put into complete bankruptcy and the reformist criminals are not able to reconstruct it. Of course the “foreign nationals” does not include the Russian, Chinese, Western etc advisors who, in the line of purposes of the Islamic bourgeoisie, are involved in completing the project of the Islamic bourgeoisie, rather it is part of the working class that has Afghan origins. The Bureau of Labour and Social Affairs’ General Director of Sistan and Baluchestan province Ismail Rigi had criminalized the employment of this part of the working class and had threatened before:

“First phase fines per day for the employment of foreign nationals is equal of five times the minimum daily wage and is 300 Thousand Rials and in the case of repeated violations, while doubling the fines, delinquent employers are also introduced to the judiciary.”[4]

The Islamic bourgeoisie, in order to complete its dirty scenarios, is trying to regulate and guide the public opinion in an attempt to find the “criminals” on whose shoulders to put all society’s problems. In such circumstances, the bourgeoisie raises the direct involvement of the people to play the role of the police and anti-foreign forces. It advises people “to see the identity specifications of foreigners.” Simply inciting the thugs and mobs to act as the police of capital. Foreigners Affairs Director of Fars Province Gholamreza Gholami asked people who observed the employment of foreigners in each workshop or project to call 110 and report the subject.

Of course the Islamic bourgeoisie, like the Democrat gangsters, tries to delegate all the hard and overwhelming work that native workers refuse to do to this part of the working class, and only provides work permits when a person carries out this kind of work. It stresses that under no circumstances are “foreign” workers allowed to work in better jobs. So say bourgeois officials:

“Already labour Office for Foreigners issues job permits for hard work and none of the foreign nationals with a residence permit or work permit are allowed to work in jobs other than the hard jobs.”[5]

Right now the cleanliness of the beauties of Tehran, London, Paris and others cities are thanks to the “immigrant” workers, otherwise garbage and dirt could be major problems for them. Currently, without “immigrant” workers, it is impossible to take care of the elderly in Western Europe. Without “Afghan” workers, and their suffering from hard work, the construction of big buildings would not be possible and without them the current Tehran would not be as it is today. Immigrant workers are the most suffering and underprivileged part of the working class.

More reactions to the bourgeois attacks on this part of the working class have also been symbolic, individually or in small groups. For example youths in Isfahan (a big city of Iran) who had banners hanging from their necks on which was written “I am also an Afghan”. Or in social media such as Facebook a page was launched entitled “Apology Campaign of Afghan friends”. [7] Although these actions are human and commendable, they do not have a proletarian class identity. This part of the working class is not “Afghan” but is also an integral part of the Iranian working class.

The working class in its struggle to defend its class identity cannot ignore the exploitation of class brothers and sisters who are of “immigrant” origin and consider the “immigrant” workers the cause of its unemployment, misery, less salary etc. The basic principle of the working class is internationalism in which the interests of the whole working class are important.

The bourgeoisie tries to unencrypt us with the aim of breaking down our class unity and class identity, to exploit us better and more easily. Nevertheless, no matter what language we speak, we have a common characteristic that we belong to the working class, and nation is foreign to us. Therefore, we raise our voices and say, class against class. Against the xenophobic attacks of the bourgeoisie we should rise up to defend our class brothers and sisters!

Workers have no country!
Long live the unity of the working class!