Discrediting the revolutionaries only serves the interests of the capital state 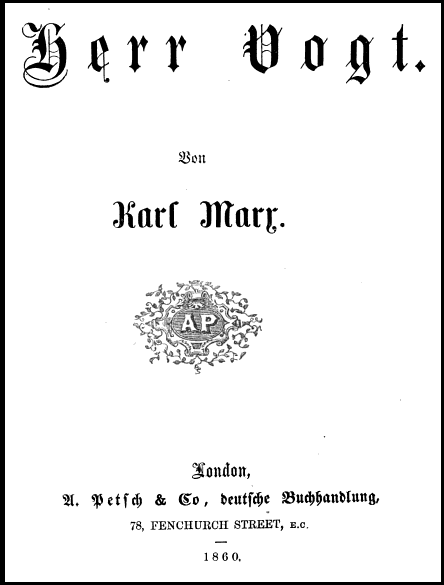 The bourgeoisie, with the help of a massive propaganda machine and with its ideologues, has always been trying to provide a barbaric image of communism, pretending that any attempt to overthrow capitalism or to establish a non-class society will result in a gulag and terrorist regime as embodied in the former Eastern bloc. The bourgeoisie’s campaign of lies, attacks, slander and falsification of history will resorting to any device to turn black into white and portray the monstrous image of communism.

Along with these propaganda machines, we see another kind of discrediting of communists and revolutionaries. These creatures are keen to claim that Lenin was a German spy or that Trotsky was a double agent, while sinisterly pointing out that Marx was Jewish. While Marx has indeed been the recipient of the most heinous slander, it has been claimed that the international communist current has been shaped by the CIA, and… Well, you can make this a very long list.

These individuals appear to be radical critics of the existing order, but their common property is about being unidentified. They do not appear as real individuals. They are posted on the pages of Facebook, in discussion forums, on blogs, in rumours that do not specify the source, etc., with different names and in various forms to highlight their malicious activities, with lumpen language. Like viruses, they can be inactive for a long time, but reappear when the right conditions are in place; and, whenever they need to, they simply change their name. These individuals can be found in any language and any country.

These individuals do not criticize, because they have to work hard to criticize and be taken seriously; rather, they lie, slander and defame, widely disseminating their slime, while criticizing political positions, leads to clarify of the political milieu. In the critique of political positions, firstly, a person or a political current should work hard to criticize; secondly, a person with his critique or a political current with its critique shows where in the upside-down world is standing.

The aim of these individuals is to construct an insecure political space, be pessimistic about political and revolutionary organizations, create a climate of distrust and, in a word, discredit revolutionaries. One of the most famous of these was Karl Vogt who dared to spread a rumour using his true identity about Marx in order to slander and discredit him. He claimed that Marx was a spy with the secret police in Germany, who, at the expense of a few metamorphosed individuals, was living a comfortable life in England. He claimed how easy it was for anyone approaching Marx to being arrested or killed, while he was busy participating in an orgy in England. In a book entitled Herr Vogt, Marx emphatically revealed Vogt’s bogus character in order to defend his revolutionary dignity. The political atmosphere changed after the publication of this book, as well as Vogt’s later acquisition of documents from Napoleon, which were made public. Meanwhile, 100 years ago, the Bolsheviks replied to the dirty slander that Aleksinsky had made against Lenin:

“A great accusation has been made against comrade of Lenin, that he received and continues to receive money from German sources for his propaganda activities. The newspapers are now spreading this massive accusation. The secret declarations now print the views of former representative Aleksinsky [representative of the social democrats in the Second Duma who claimed that, according to the confession of a German agent, Lenin was also a spy]. There were requests for the killing of the Bolsheviks. The list of persons to be executed is now in the hands of deceived soldiers. The goal is clear: the counterrevolution wants to eradicate the seeds of pessimism in the hearts of the masses and, by provoking those against their most beloved leaders, those fierce fighters of the revolution, scream revolution in the simplest way. We declare by these means that anything about monetary affiliation or other dependencies between comrade Lenin and the ruling classes of Germany are lies and slander. Aleksinsky, the initiator of this affair, has more profoundly accused a number of people of accepting a bribe from the Germans… All aspects of this incident must be clarified, and this research will convince all people that this is not the smallest assault on the revolutionary dignity of comrade Lenin.” [1][Our translation]

The discrediting of revolutionaries in different forms is not a new phenomenon, since Marx resorted to such dirty practices in his time. We should not allow such individuals to poison the political milieu with a lumpen attitude; we should not take them seriously, but instead expose them. Such individuals in the real world and in the form of real characters cannot continue their destructive function; they have better conditions for manoeuvring themselves in the virtual milieu. The valuable work of Victor Serge, entitled What Every Revolutionary Should Know About State Repression [2], is vital to understanding the destructive role of such individuals. The destructive function of these individuals serves to poison the political milieu and support the capital state.